How to shop undercover and get paid for it

Lori Cheek has been secret shopping on and off for a decade, making up to $75 per "shop" to various stores and fitness centers while trying to bootstrap her dating app business, Cheekd.
She often gets to keep whatever she buys during the shopping test as part of her compensation. And if a company has a hard time finding mystery shoppers for a particular assignment, they may also offer a bonus.
"I've even negotiated travel costs when they seem desperate for a shopper," Cheek said.
She is one of over a million mystery shoppers who make extra money by acting as undercover independent contractors for retail and service companies that want to ensure their brand standards are met, according to mystery shopping industry association MSPA Americas. (It was formerly known as the Mystery Shopping Providers Association of North America.)
Most gigs pay $5 to $20 and take less than 15 minutes to do in the store , said Michael Mershimer, president of MSPA Americas and president and COO of HS Brands International, which hires mystery shoppers for corporate clients.
Following a visit, mystery shoppers usually fill out a report that may take an hour, or submit photos or video. As part of a $1.5 billion industry, shoppers are the eyes and ears for corporate leaders. They may record things like how long it takes to be greeted in a store, or the time it takes for appetizers to arrive in a restaurant.
"I have been fully or partially reimbursed for massages, eyeglasses, groceries, cellphones and much more." -Cathy Stucker, author, "The Mystery Shopper's Manual"

Mystery shopping can be a fun way to earn extra cash if you consider the following tips:

Mystery shop places you like
Secret shopping can help lower the cost of living for people who have a slim budget and extra time to go to places they want to go anyway, said Mershimer.
"It is worth it? It should simply be something for some extra money. If you take on too many assignments you can end up burning out," said Mary Furrie, who hires secret shoppers for her Ohio company, Quality Assessments Mystery Shoppers. "But, if you carefully start and add what makes sense for your interest and time, it is a great way to make some extra funds."
Cheek shopped her favorite New York gym for free day passes worth $25 each.

Consider it a way to lower expenses, not get rich
Though it's possible for shoppers to make as much as $40,000 annually on a full-time basis, it's rare and requires always being on the road, Mershimer said.
Instead, aspiring shoppers should look at it as a fun side gig that might offer only reimbursement for an experience or item, said Cathy Stucker, who has been mystery shopping for 20 years and is author of "The Mystery Shopper's Manual."
"Not only have we gotten to eat for free, … I have been fully or partially reimbursed for massages, eyeglasses, groceries, cellphones and much more," she said.
Mystery shopping allowed Indianapolis-based Cherie Lowe, author of "Slaying the Debt Dragon," to go on dates with her husband while paying down $127,000 in debt.
"We typically visited chain restaurants, and those meals were completely covered, plus a little cash. It was a great way for us to supplement a very slim budget for dining out," she said.
Just don't expect to be paid to visit your favorite establishments too frequently.
"Most of the shops have restrictions on how often you can call or dine, … so you may have to wait up to six months before you can return to do a shop you like," said St. Petersburg, Florida-based Jen Smith, who shopped for extra cash while she paid down $53,000 in student loans.

Never pay to mystery shop
About 95 percent of mystery shopping is done through companies hired by brands to administer the work, rather than the brands themselves, Mershimer said.
Aspiring mystery shoppers should beware of scams. Legitimate mystery shopping companies do not charge to sign up and do not require signing up for trials and offers, Stucker said.
There are some "aggregator" companies that will pool the openings to one place to make it easier, and they do charge a fee, but if you are willing to register directly with a few, there is no charge, Furrie said. About 150 reputable employers can be found on the Mystery Shopping Providers Association website.

Realize you're an independent contractor
Mystery shopping is not a permanent gig, and there is a certain set of considerations that shoppers should bear in mind.
"Before you sign up you need to realize that you are an independent contractor. You will have to pay taxes on the money," said Paul Moyer, who has gotten free oil changes and groceries. "Also, many of the agencies will make you take some short courses to qualify for certain shops."
That also means you'll have to perform well to keep getting hired.
A good shopper must be able to focus on details, have a good memory and write well, Mershimer said. Credibility is also important: If you're caught not being in the place you said you'd be, and if information you provided is wrong, you won't work for the company again.
"To be really successful you have to be very reliable and be able to key in great comments/facts without a lot of opinions or advice," Furrie said.
Because the surveys and reporting are done via web, you must also be at least a little tech savvy.
Candidates "usually have to shop for several months to show they will show up on time and move up the ranks from there," Mershimer said. "They get a kick out of it but take it seriously."

How To Be a Successful Mystery Shopper

While getting paid to shop sounds like a fun (and easy) job, being a mystery shopper requires multiple skill sets in order to be successful. Our robust, in-house team of Field Staff Coordinators got together to brainstorm what skill sets they feel define a successful mystery...

IntelliShop recently published a syndicated tele-sales study in the January 6th issue SportsBusiness Journal. Our 2013 NBA Season Ticket Agent Study has produced a number of interesting (and often surprising) results. Taken at the highest level, there are three key takeaways;...

IntelliShop is great at helping us adjust along the way. They have been super helpful. It has been such a huge help, and will only continue to get better. The amount of time the program has saved us has been unfathomable. 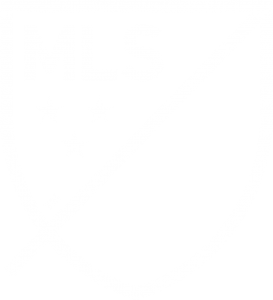